According to the latest statistics, Golden Dragon’s sales revenue in the overseas market reached 270 million USD from January to November this year, a new record high in its history. “Our hard work has been paid off”, said Jiang Yonghui, Director of the Overseas Sales Department of Golden Dragon.

Confronted with a host of challenges posed by COVID-19, Golden Dragon has been taking a series of concrete measures to restore its production and seek new opportunities in the overseas market, especially the Belt & Road countries and regions. 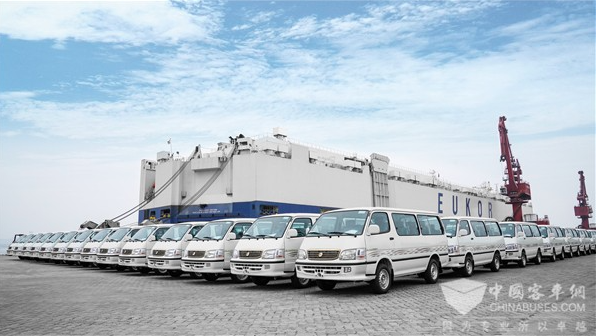 On November 26, Dai Gang, General Manager of Golden Dragon’s Overseas KD Project, wearing a facial mask and protective gown, arrived at Xiamen International Airport, ready for his trip to Egypt. “Now, it is getting much more difficult to travel abroad. It will take three to five months for my business trip to Egypt”, said Dai. According to Dai, he is to supervise the construction of a CKD project in Egypt, which was officially launched in 2019 between Golden Dragon and its Egyptian partner El Kasrawy. Golden Dragon’s overseas sales team is in charge of the construction of the CKD’s production lines, supply and delivery of materials and equipment as well as the technical assistance for product assembly.

In the past two years, Dai Gang held video conference with its colleagues in Egypt at 4 pm every Wednesday. On August, 25 this year, the welding equipment and other production facilities were shipped to Egypt for the CKD project.

In August, 2020, Golden Dragon’s overseas sales team traveled to Beijing to get vaccinated. “Sometimes we have to travel abroad, so it is essential that we get vaccinated first. We can hardly afford to just stay at home. Surely, there are new opportunities in this pandemic”, said Dai. 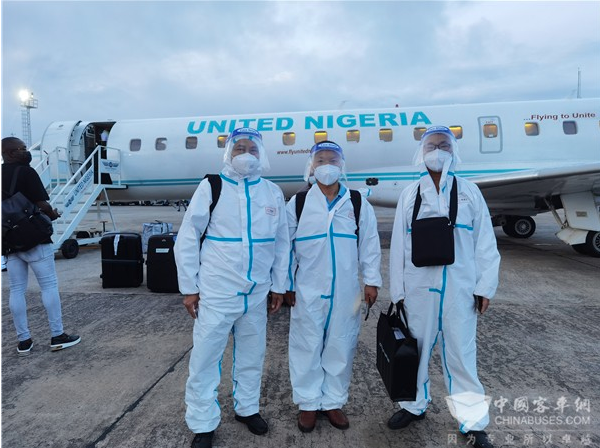 On September 8, 2021, Fu Tianjiao, General Manager of Eastern & Southern Africa Sales Department of Golden Dragon Overseas Sales Company, together with his colleagues, traveled to Nigeria to assist the construction of a local CKD project. The 48-hour-plus trip requires them to transfer at four airports. During the whole trip, they have to wear goggles, protective gowns & gloves and facial masks. After landing in Nigeria, they traveled for another three hours on bus to reach their destination. As soon as they recovered from the trip, they immediately threw themselves into the excruciating welding work. 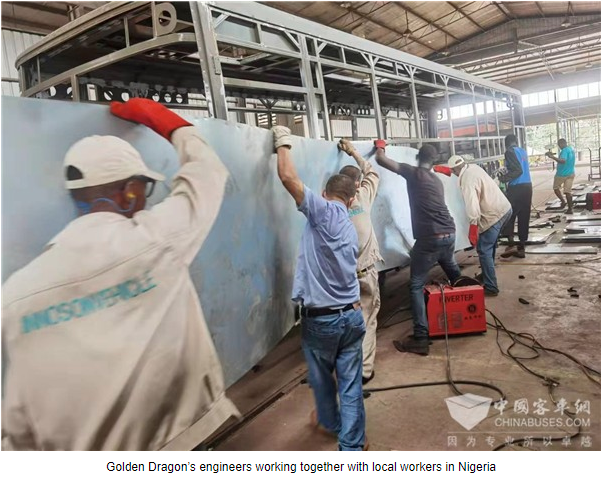 Golden Dragon’s CKD project in Nigeria has been in smooth operation for 12 years. In 2019, the country started producing Light Van models with larger sizes and more travel comforts. In 2020, it started rolling out large-sized buses, representing a new breakthrough for Golden Dragon. “With a population of over 200 million, Nigeria is the largest economy in Africa. Having overcome a lot of difficulties and challenges, we hope we can better serve local passengers”, said Fu.

In early 2020, 60 units 18-meter Golden Dragon city buses started operation on the BRT routes in Almaty, the largest city in Kazakhstan. Tang Ming, Golden Dragon’s after-sales engineer, traveled there and offered training sessions and technical assistance to the local bus operator. However, as many flights were canceled due to the fast spread of COVID-19, Tang traveled by bus and by foot and finally reached Huoerguosi, Xinjiang Uygur Autonomous Region. “It took me 23 days to arrive in Xiamen”, said Tang. 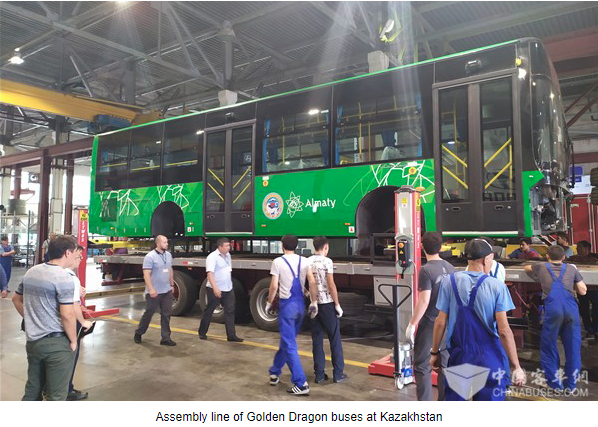 Since the outbreak of COVID-19, Golden Dragon has sent 25 after-sales engineers abroad to assist its overseas customers. According to the bus maker, it has so far established 153 after-sales service centers in over 120 countries and regions across the globe. “Our customers’ trust in us in hard won and we should never let them down”, after-sales engineers often say.

KD (knocked down) normally takes in three different cooperation modes, including CKD, SKD and DKD. As more countries make efforts to encourage the development of their automobile industry, they often prefer KD projects. In response to this, Golden Dragon has been working closely with several countries to launch KD projects, which have thus created more jobs and generated more revenues for local economies. Moreover, its overseas KD projects has seen their combined sales grow robustly, reaching 100 million RMB in 2018, 155 million RMB in 2019, and 252 million RMB in 2020. This year, their combined sales is expected to reach 367 million RMB.

As early as 2003, Golden Dragon started marketing its buses & coaches in the overseas market. “In recent years, the competition abroad has intensified. In response, we deepened our cooperation with our customers and started offering comprehensive transportation solutions to them instead of just marketing our products”, said Jiang Yonghui. 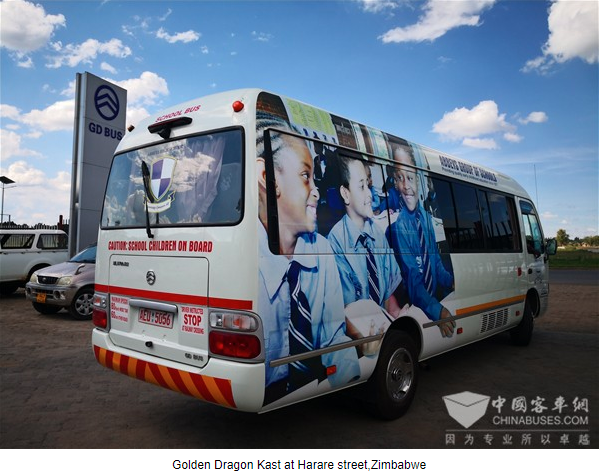 Take the SKD project in Zimbabwe for example. It completed its construction in just six months. In March this year, the first Golden Dragon KD arrived in the country. In June, the project started production. From January to November this year, Golden Dragon exported 274 units buses to Zimbabwe, taking the leading position in the country’s bus imports. “It (Golden Dragon) has a clear vision and is very good at making innovations”, said Patrick Masocha, CEO of Golden Dragon’s business partner in Zimbabwe. 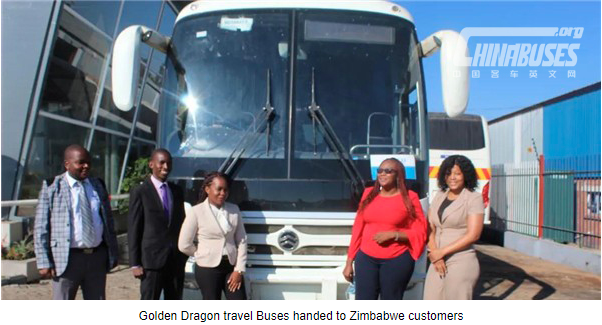 In Egypt, the number of Golden Dragon buses & coaches in operation has so far exceeded 33,000 units. After the completion of its CKD project in the country, the country is able to roll out a Hiace in every 15 minutes. Each month, the project produces 800 units Hiace buses.

In Nigeria, Golden Dragon’s CKD project has so far assembled 1,498 units buses & coaches. Since its operation in 2013, the project has trained hundreds of skilled workers. Moreover, it is abel to produce police vehicles and ambulances, etc.